The Two-year Thirst - Barnone Has Been Released!

July 17, 2013
After letting people taste their goods almost two years ago, the local brewery Barnone had gone really quiet. Notoriously quiet. Now, after a long wait and a public thirst for their brews (as well as information as to how things have been progressing), Barnone is finally, actually for sale on PEI. Beer fans rejoice.

Barnone is a new, small, family-run brewery in Rose Valley, PEI, with an interesting backstory. It is mainly owned and operated by Don and father Hugh Campbell, with some help from John Mullins. The site is not quite ready yet for drop-in visitors, but they do plan on hosting some private events in the near future.

Their brewing capacity is 5 hectoliters - about 500L a week, or 25,000L per year is the plan for now. In the future, if the family is allowed to work less on other things, the system could be pushed to as much as 125,000L in a year, with some other add-ons like some in-ground storage tanks.

One of the most interesting things about the family and brewery is their agricultural background and that they grow their own grains and hops. At the moment, they grow Cascade, Willamette, Nugget, and Mount Hood hops, and they are able to dry them on-site. A high percentage of their own hops are already incorporated into the beers that went on tap as of this week.

At their beer fest launch two years ago, they had three brews: a light, sessionable ale, a pale ale, and an India pale ale. The two they are going with at the moment are the Summer Sessions and their pale ale. Both beers should be both approachable by the "everyday" beer drinker as well as more "seasoned" beer drinkers like myself. They won't surprise with anything overly strong or unexpected, but they won't disappoint in their quality, either. 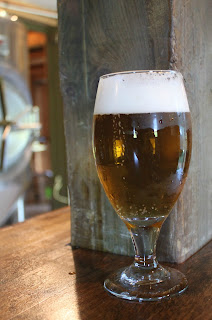 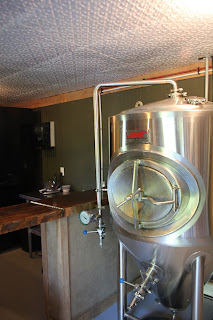 At the moment, the Summer Sessions (classify it as a wheat ale or a blonde) should have an ABV between 4.5 and 5%. It has light aromas of  lemon, spice, and wheat. Its flavour has a slight tartness (which builds as you go) or acidity along with its wheaty backbone to make it quite refreshing on these hot summer days. It's not quite as bready or hoppy as it was two years ago, but it's quite bright and refreshing as it is now. 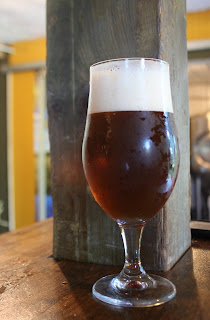 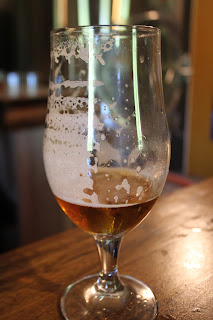 As for the pale ale, it's also not quite as hop-forward as it was two years ago, but that will probably make it more approachable to more people (I'm secretly hoping it will increase in hoppiness over time once people get hooked on it, thereby helping to adjust locals' palettes to the hoppy side of things). It should be around 5% ABV. It's definitely hoppier than the Sessions - it's more bitter. Its hops give it a citrus character, as well as (to me, at least), a spicy slant (don't think heat, think dried grasses or your spice drawer). I liked the finish on this one. It got better as I had more, and it had just a hint of that bright tartness that the Sessions had as well. Plus, since some people care about this - great lacing. 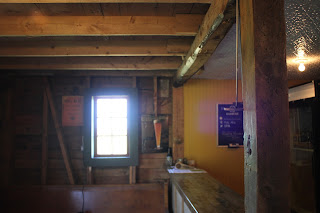 At the moment (although the "official" release is Friday), both beers should be available at The Landing in Tyne Valley - a place that wants to be the beer tap capital (I call it the Beer Tapital... they should use that, it's gold) of western PEI. Their motto is "Eat, Drink, Live the Island", and they want to support local producers, so good for them for supporting Barnone. I hope more businesses follow (and I have it on good authority that a couple of locations in Charlottetown should have their brews on tap in the very near future). If you are wondering about growler fills, they have received their shipment of growlers, and should get some other needed equipment this week as well - I will keep you posted!