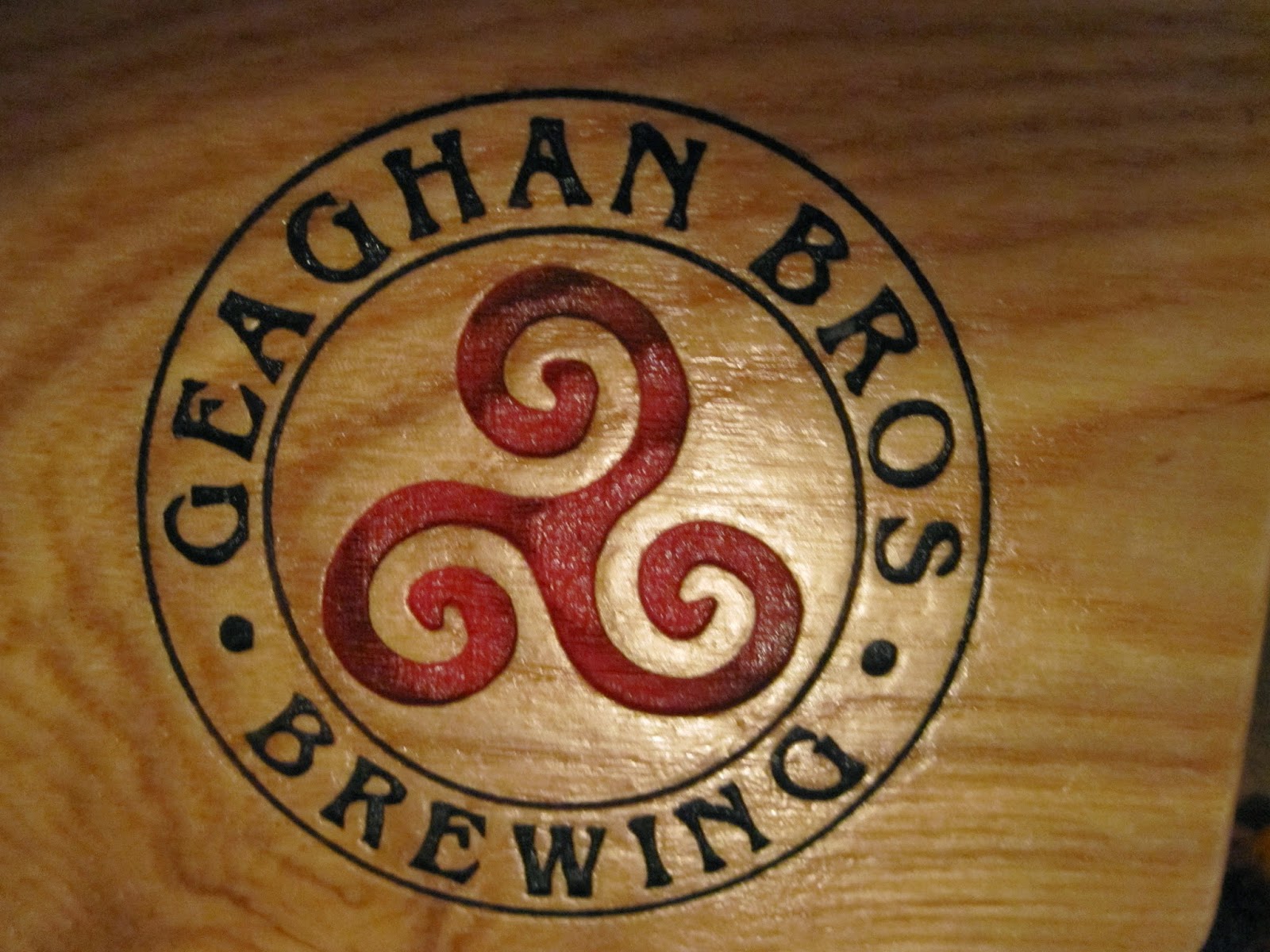 Once we got to Bangor, we were starving and thirsty. I recall eating some sort of chicken sausage, cheese, and tomato sandwich thing. It was good, but super-filling. Geaghans, as far as I can tell, was a lot like a few other stops in Maine, in that they only served their own beer. I get it, but it's a little disappointing as a customer. Don't let that deter, you, though. They have a good little selection of their own stuff, and the food / atmosphere were good. I decided to try out a sampler of some of their brews with my lunch. 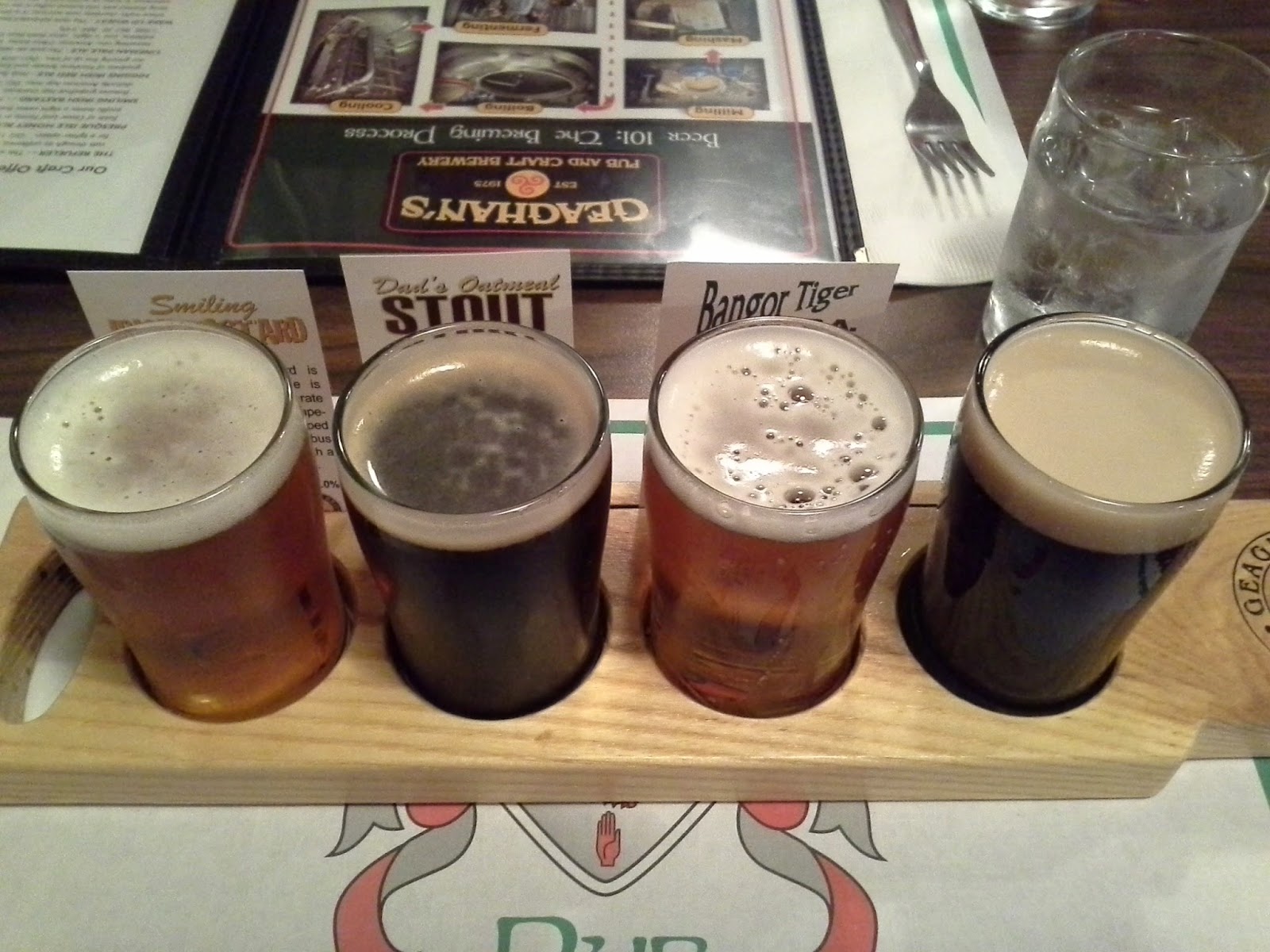 Smiling Irish Bastard - with a name like this, you'd expect some sort of stout, or maybe a red ale, it's actually an American Pale Ale, brewed with Cascade - "American strong, like Officer Bernie Welch, a legend in the Bangor Police Force." It was OK - light grapefruit and bitterness.

Dad's Oatmeal Stout - Made with Chinook and U.S. Goldings, this was an easy-drinker. Smooth, but not too thick. Nice enough stout.

Bangor Tiger - Maine River Drivers (you know, the guys that rode logs on the rivers) were known as Bangor Tigers. This is supposed to reflect them - a strong 6.5% ale, 62 IBU, not for the faint of heart. It was bitter, with a bit of citrus. A bit one-dimensional.

Wake Up Wheat - they say this was their take on an American Adjunct Dunkel (which they made up). For me, it was the clear winner of the bunch. It was a total chocolate coffee porter, but light. Sumatra coffee, oats, fresh-brewed coffee, vanilla beans, choc malt... pretty involved, but darn tasty.