August 02, 2014
This year, my patient and encouraging Mrs. and I decided to go to Maine, and that we'd try to visit as many beer destinations on the way (for me) as we could. Some of my site visits were all too quick, but at least I can say I have tried the place out, and if it's worthy of a return trip or not.

I'd like to highlight some spots that I went to, and beers that I tried, in a series of posts, starting today.

Before we even went down, the first thing I had to figure out was what my limit was in terms of bringing back beer. I even went so far as to talk to a customs agent at the airport to clarify a couple of things for me that the online rules didn't point out. Basically, in terms of beer, the rule is:

So, that meant my wife and I were allowed to bring back 17L of beer. Problem is, many cans / bottles in the US are only marked in ounces, and not all mL/oz ratios on cans/bottles are the same... which lead to some frantic number crunching in the parking lots of a Shaw's and Christmas Tree Shops store. I don't know how picky border agents can be, but I didn't want to push my luck. Essentially, one fluid ounce is 29.5735 mL. So, a 355mL can is labeled 12 ounces, a 650mL bomber = 22 ounces, a 750mL bottle is 25.3605... wait, that's when it gets a bit dirtier. Once you hit a pint, many US bottles say "1pt" and then the ounce total. For what it's worth, a US pint is 16 US ounces. So, imagine my fun adding up pints and ounces to convert to mL and L before we returned. My initial estimations were off, and we were over by a bit, but it all worked out. Just be honest and well-documented at the border, and you'll probably be sent on your way pretty speedily. 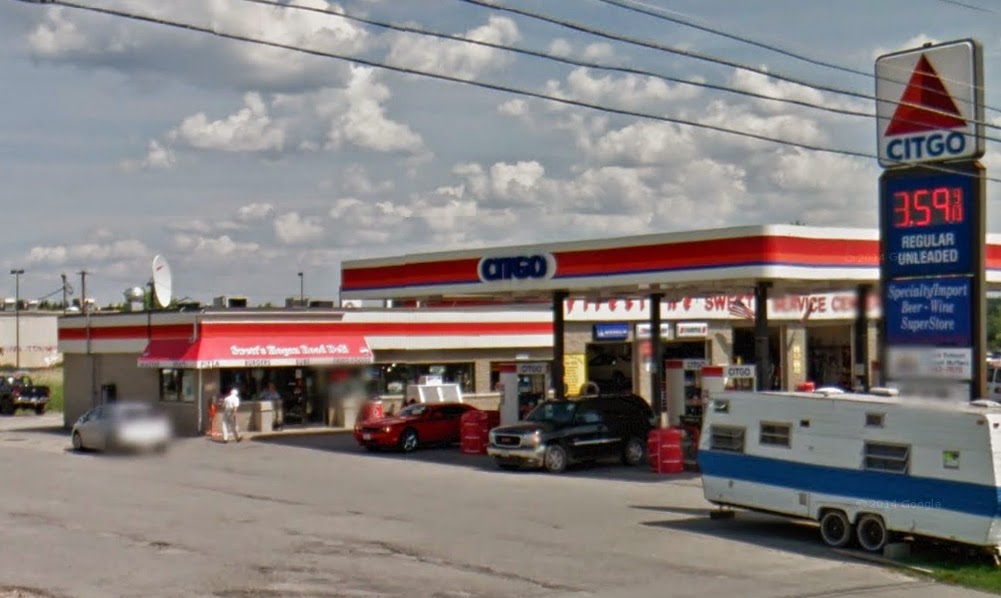 I bought some beer here and there on our trip (Allagash, Bangor Wine & Cheese, In'finiti, Oxbow, Shaw's), but the vast majority of what I bought was at the Hogan Road Deli in Bangor. Even with a GPS, we missed the place at least twice. It's in one tiny end of a CITGO station - it's not its own little place at all, which was kind of what I expected from their website. Inside, it's like any other gas station, except for how much beer they cram into a small portion of it.

Basically, all of the beer they carry is good, well-rated, or really really good / well-rated. It's just some refrigerated shelves on one wall, the refrigerated shelves at the ends of two rows, and one two-sided (and fairly short) row of shelving that has all their beer. The selection, especially for someone like me, from somewhere like here, is mind-blowingly good. All the Maine breweries - Allagash, Maine Brewing Company, Smuttynose, Rising Tide, etc., brewers like Dogfish Head, Jolly Pumpkin, Clown Shoes, Victory, Founders, Evil Twin... and European brews like Fantome, magnums of St. Bernardus... Christmas beers I want... meads in stoneware... just so much to pick from. 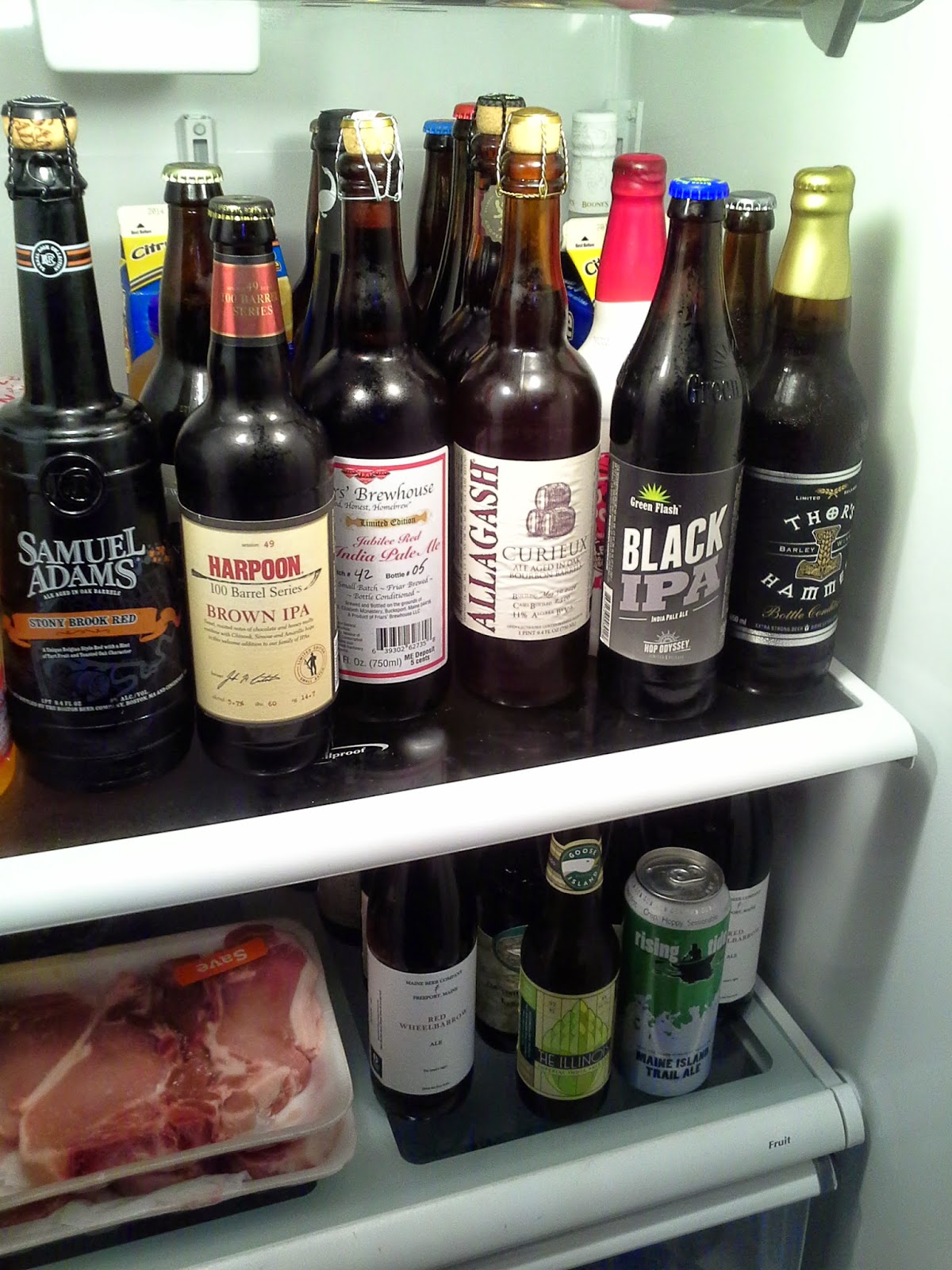