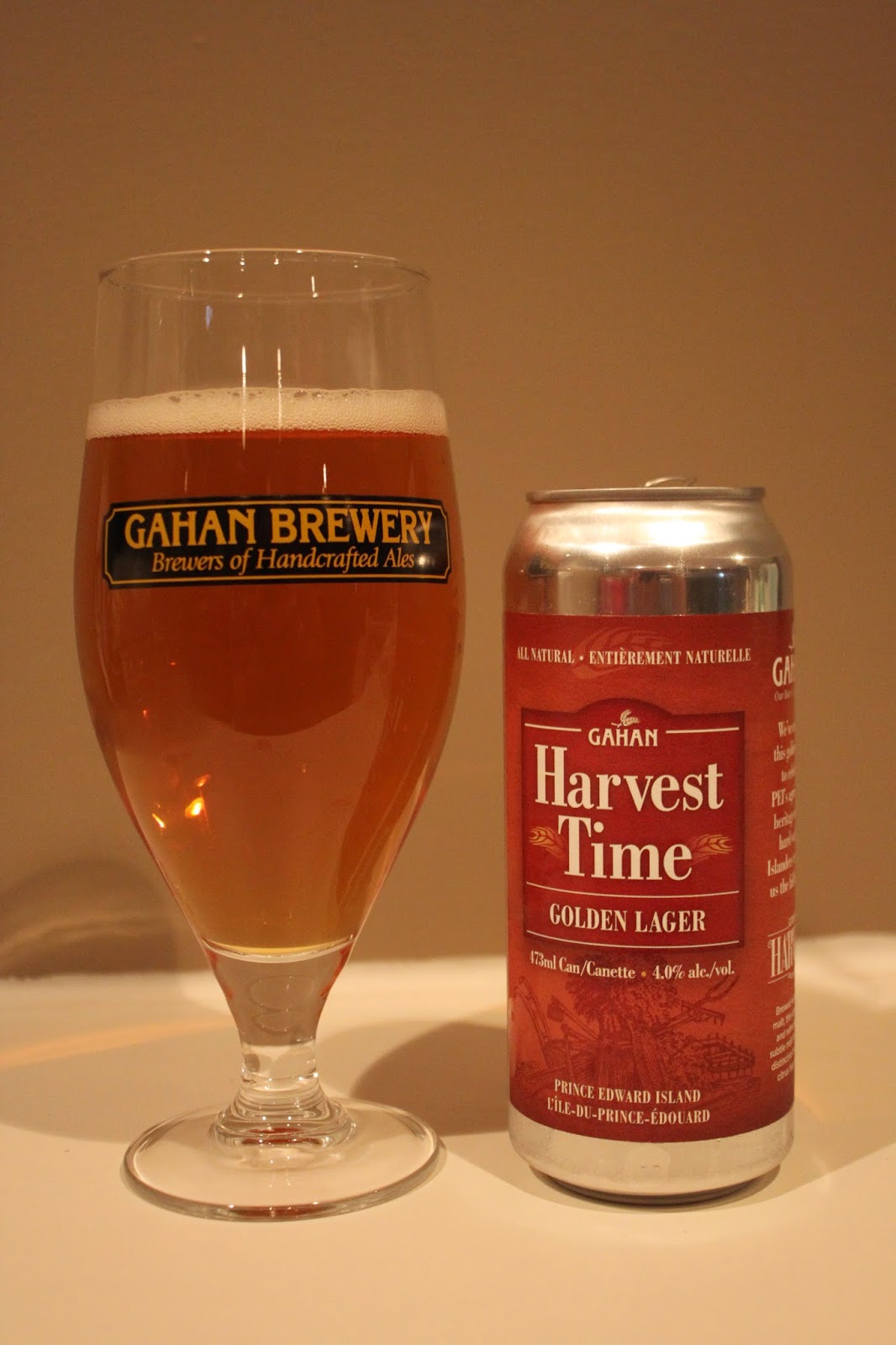 The first whiff of this lager is great. I got excited. Lots of aroma from the can (and probably best drank from the can) - tropical fruit / citrus aromas, just as promised. Not far behind, though, there's something about the aroma that comes across bordering on popcorn or buttered popcorn. I don't think it's an error - on big whiffs, it just seems like the combination of the malt profile & hops (not sure which NZ one is in this) combine to make something a bit in that direction. It's not overwhelming, but it bothers me that it's there. Otherwise, it's crisp, refreshing, has a nice clean citrus-y finish, is different enough from Beach Chair, not as good as Landing Day, and will probably appeal to lots of folks. I'd say drink this one cold, as the nice aroma (and a bit of the flavour) degrades as it warms.
India Pale Lager Lager PEI Brewing Co. The Gahan House