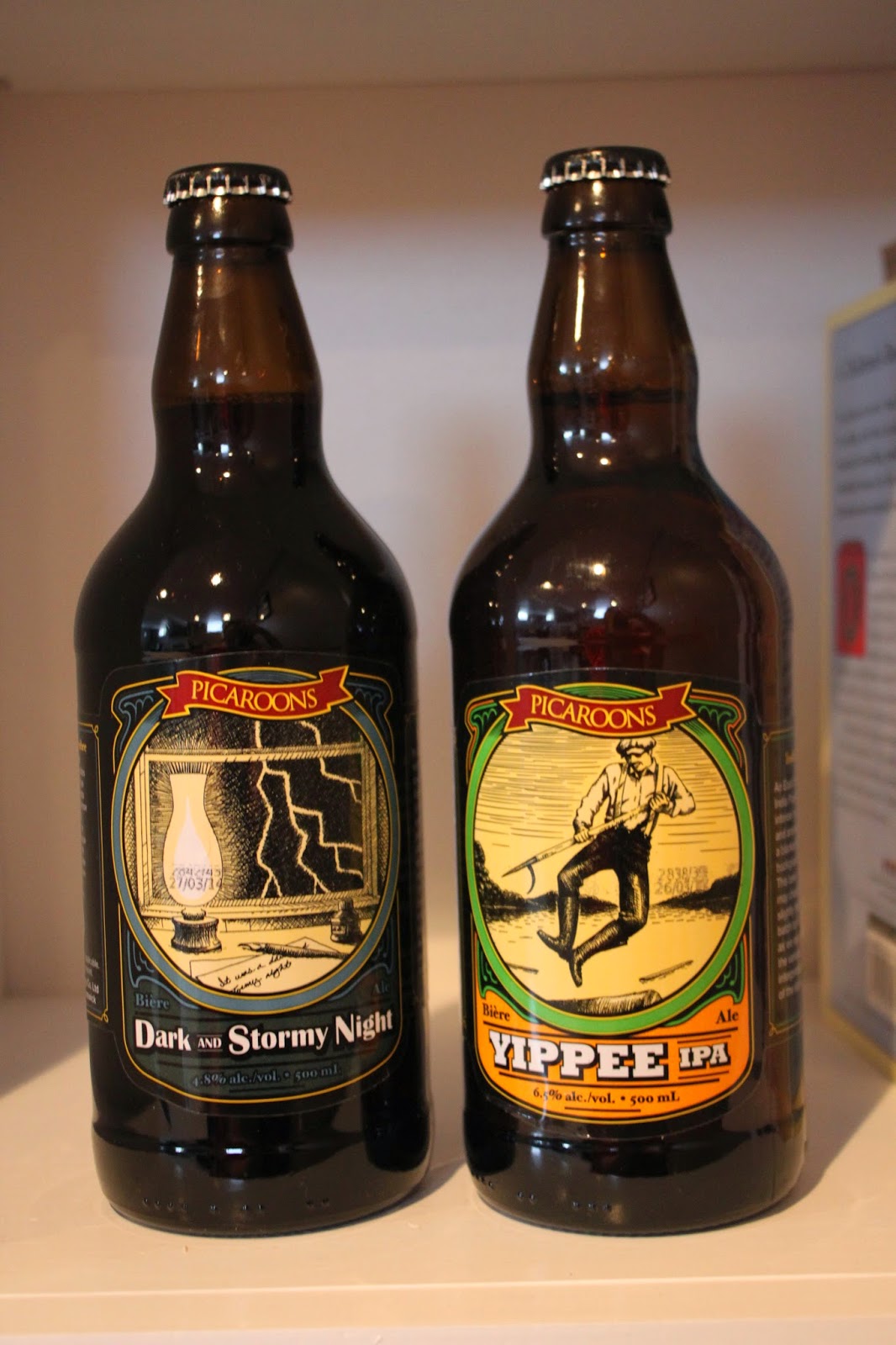 In a move that both contradicts Sean Dunbar's notions over 2.5 years ago, and excites especially New Brunswickers living in / visiting PEI, Picaroons is now available in PEI.

After finding, surprisingly, two offerings, I heard from a brewer at the PEIBC today that Picaroons was to have three listings here, but in the two PEILCC shops I was in today, there was just two (although, in one shop, one brand took up two rows).

I also wanted to mention that, after literally years of sporadic tries, I finally had a Yippee IPA that allowed me to see what people who really like this beer have been talking about.
PEILCC Picaroons