December 14, 2012
Today, for the Third Beer of Christmas, I will cheat a bit. This morning was the release of Garrison's third edition of their spruce beer. There was a lineup this morning, as usual (but probably not as much as the last two years - just my guess... and hopefully they weren't limiting buyers like last year, too).

Since I doubt I will have this year's version, I give you reviews and pics for the two versions from the last two years: 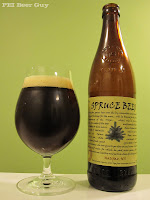 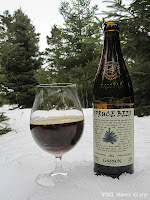