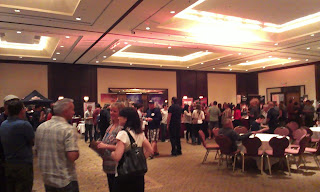 I make a point of calling this the second annual beer fest here, because it is. The first one was last year. This can be confusing, since the Murphy / PEI Brewing Company group are convinced that they're throwing the first one ever in less than two weeks. Maybe the new Beach Chair delivery vehicle is a DeLorean. I dunno. Anyway, if you've heard about both, and you're confused, don't feel bad. A few folks thought the first one this month wouldn't happen and did their darnedest to make sure it didn't... but it did. 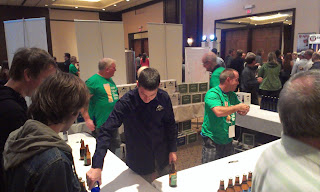 How did it all go down? What were my thoughts? Well, last year, I left a few thoughts on how it could be improved this year. I had also talked with some of the organizers since, and was very pleased to see that nearly everything that was identified as an area for improvement last year was, indeed, improved. What could still be worked on is the amount / variety of beer (see the first paragraph for some ideas there), but that's about it. Everything else was much better this year - a better venue, souvenir tasting mugs, buckets to dump poor brews or rinse water out, water you could hydrate with... it goes on. I did hear a couple of people grumble about price (OK, I think it was three). It was a little pricier than last year, but it was an improved event, so maybe that's OK.

What about the beer and such? What was good? How'd it go? Well, my personal thoughts are: 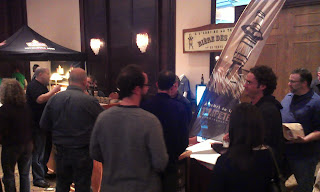 I have a few good ideas for next year's fest, but I think I'll just communicate them to the organizers themselves. My main hopes for next year:
À l'abri de la Tempête Aleanders PEI Beer Festival Rockbottom St. Ambroise