July 13, 2012
There are two beer festivals on PEI this fall, but let's talk about the one that has more information on it and is most likely to have a wide variety of beer. This is the second year for PEI's first beer festival, the one put on by Campbell Webster Entertainment at the Murphy Center last year. This year, he has partnered with RAW Events and the Delta Hotel, and plans to put on an event - over two days - that is even better-run than last year, with fewer hiccups (pun intended). I can personally say that I have (as the other Aleanders have) met with Campbell a few times in the last year or so, and have corresponded with him, as he's keen to cater to lovers of quality craft beers - not just "value drinkers" - and put on a great event. Attendees are still being finalized, but here's what is for sure: 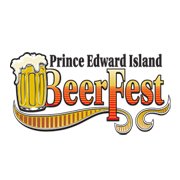 *All prices are subject to tax

All tickets can be purchased with Debit or Credit online via TicketBreak.com