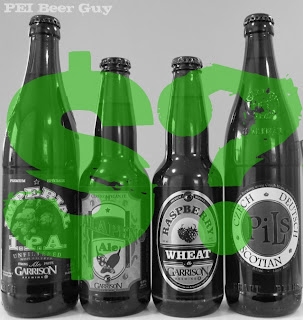 According to an article on CBC today, beer prices in the Maritimes (and elsewhere, I assume) are expected to rise in the coming months. The bad news? Ingredients like malt are up 30% in cost, and oil to transport goods (or run a brewery) isn't exactly going down these days. The good news? With Garrison, at least, they expect to add a surcharge of 25 to 50 cents per six-pack in the near future (could be worse!). As much as the news is rotten, I'd much rather give good breweries a fair chance of maintaining profits and current operations rather than see them scale back or go bust.
I wish my big bottle of Howe Sound's Bailout Bitter was in the fridge instead of just the basement... it would feel pretty appropriate drinking it now!
garrison brewing company Howe Sound Brewing Maritimes